How to Write a Series 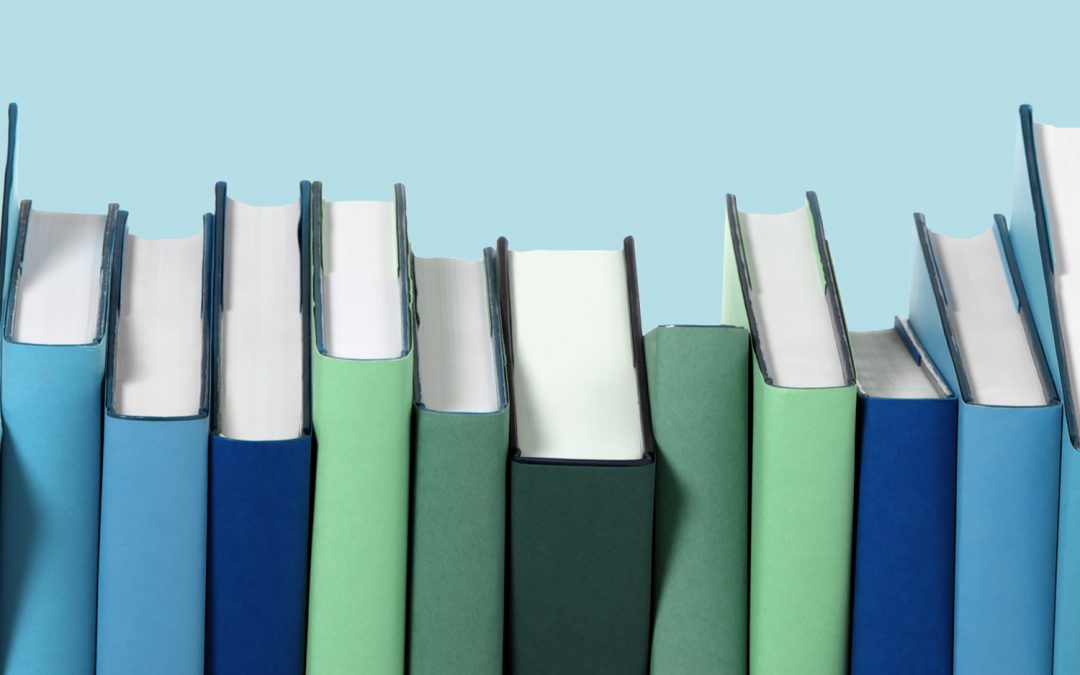 How to Write a Series

Series. We all know them. Many of us love them. I myself have always been drawn not only to reading them, but to writing them. Still, I’ve always known that writing a series has some inherent challenges…and part of me knows that Book 3 will just never have the readership of Book 1, no matter what the series is. You can imagine my surprise when, in November of 2021, one of my book-threes, A Portrait of Loyalty, won the Christy Award for Historical Romance! I didn’t think a later book in a series would have a chance…but there you go. The final book in a spin-off series took home the most prestigious prize in Christian fiction.

In my monthly Q&A sessions via Zoom that I offer to any writer who has taken one of my classes, the question came up multiple times: How do you write a series? A series that will keep readers coming back? How do you balance the plots and the characters? How do you know what to put where?

Many of us tend to think in terms of series…but that doesn’t mean that writing them is easy. So in this article, we’re going to take a look at the nitty gritty of how to write a series that pulls the readers eagerly along from book to book.

A continuity series is where the whole series is about the same primary person. Though new characters will of course be introduced, sometimes even given POVs, the series itself is in many ways one continuous story. Some well known continuity series are things like Outlander, Harry Potter, Shadow and Bone, and many more. The character will not only complete an arc and a plot in each book, they’ll also have a multi-book character arc.

A continuity series is best read in order and generally assumes that a reader has read previous books. Each book should have its own arc and a complete story, but most often it will pick up where the previous one left off and continue with an overarching thread as well.

Popularity tends to be linked to genre – YA they’re huge. Romance, not so much, because it defies the “romance” conventions.

A stand-alone series is one in which the books are not so firmly linked and can be read independently of each other. These can take various forms, which I’m going to give some (ahem) oh-so-creative names to, because I’ve never actually come across official names for them. The main difference between the types of Stand-Alone series are whether they have the same primary characters throughout or not.

Stand-Alone Series with the Same Characters

First there are the ones typical of long mystery series or some kids books like Magic Treehouse—they have the same primary characters, but each book is its own mystery or adventure and doesn’t depend at all on the previous. You can skip around within these series without ever missing anything. They’re clearly a series, but not at all dependent on chronology.

The second type is the one I write, where each book has new lead characters and a fresh story, though there may be an overarching thread leading characters through the story. Generally these can be read out of order, as each book has its own hero and heroine and plot, but they’re still generally best read in order, since if they inter-relate, outcomes of previous books may be given away in subsequent ones.

Occasionally they’re TRUE stand-alones series. These are what I call books that have no plot or characters in common. Generally they have only a theme or location to tie all the novels in the series together but with no inter-dependence at all. These can be absolutely be read out of order without the risk of spoilers or any confusion in the reader.

This is something that you’ll hear varying opinions on from year to year, honestly. A publisher doesn’t always want to commit to multiple books…and sometimes they seem to prefer true stand-alones that aren’t in a series at all. Other times, they want “series potential” or even outright demand one. Traditionally, retailers like series because they can package them together.

Publishers will nearly ALWAYS recoil if you pitch a really loooooong series. Typical purchases that they’re willing to commit to are 3 books, sometimes 4. So if you have a long series planned but want to pitch to a pub, make sure you have a reasonable number to start—and you can of course mention that there’s “potential to continue beyond if sales warrant.”

And that’s the thing with that “potential.” Publishers’ decisions come down to investment and return. So if a book does really well, they’ll want to option that series potential. If not, they don’t want to be tied up in a series for years that isn’t making any money.

Sometimes, however, it isn’t until a later book is out that a series really picks up, at least with small press or indie.

As with any writing, the key to do it successfully is often in the planning. If you know you want to write a series, then you should also know from the start what kind of series you’re writing—continuity or stand-alone? Different characters or the same ones?

How to decide? Much of it comes down to genre. Know your genre conventions for this. As I mentioned above, most examples you find of specific kinds of series are within given genres. Mysteries tend to be stand-alone with the same characters. There may some over-arching character development, but nothing you can’t follow if you read out of order. Young Adult series are more often than not continuity series, so you can follow the main character’s journey for years. If you plan to defy these genre conventions, have a reason why. Good example here is Hannah Currie’s Daughters of Peverell series. Most YA series are continuity, but more than being YA, hers are romances. Romances are generally not continuity, since each happily-ever-after has to wrap up at the end of each book, before moving on to a new couple.

Next, decide if you’re going to have an over-arching theme, and how big a role it will play.

This often dictates how many books can or should be in a series and you can then plan accordingly. In Shadows Over England, for instance, I have a large central family, and the connecting piece is simply that they’re all given assignments. Other than being set during the war, there’s no real limiting factor on there. I could have, in theory, written a book about each of the siblings. But in the Codebreakers, it ends when the war ends, and that’s that.

There’s nothing worse than a continuity series that contradicts itself or undoes the first book or books in later ones! A good continuity series should have a continued thread that’s handled seamlessly. Even if you’re pitching a book as a stand-alone (but with series potential), have an idea of what you want the other books to accomplish!

Though you may find as you write that you could use another book or two to cover things you hadn’t counted on, you should have a plan for keeping it to the proposed number (usually 3 or 4) from the start. Even if you write each book by the seat of your pants, you NEED to have a vision for the whole series, otherwise it could all fall apart.

But My Series Could Go On Forever!

I hear this a lot as an editor, and I work with many authors who have ongoing series as a cover designer. Even as a writer, I have a few series that could potentially extend into a dozen or more books. Having a series with long-term potential is great, if it gains readership enough to warrant it or you love writing them that much! But you still have to pick which stories to start with–which stories are going to provide the biggest hook to draw those readers in initially. So choose which stories you believe will be most compelling and commit to those first. I’ve found that it’s a good idea to know from the start where you want your series to go—that way, you’re planting thing throughout the early books that will draw the reader into the next, even if you don’t have to read them in order.

How to Draw the Reader Onward

We’ve all experienced this: We’re reading book 1 or 2 in a series, and there’s this fabulous secondary character that we’re just praying gets the lead in another book. And when they do, it’s an insta-buy, right? Because we already know and love them. We’re already invested.

If you know where your series is going, then you can do this very deliberately. You get to know the will-be-main-characters before they take the lead…or a question is asked in one book that you need a whole book to answer…or danger still lurks, and you HAVE to know how they’ll escape it.

Readers have a love-hate relationship with cliffhangers. Asking a question to lead us on or showing us that the danger is still present is one thing…but not actually solving a book’s primary dilemma is something else altogether. We love needing to know what happens next, but we hate it if a story feels unfinished.

Never let the reader question your motives, and definitely never leave them feeling cheated! It shouldn’t ever feel like you just want the reader to buy the next book, even though OF COURSE you do. Each book should instead satisfy…but in a way that leaves them craving more.

How to Incorporate Backstory in a Series

This is tricky, because backstory can’t be handled quite the same in later books in a series as we’re taught it should be handled in a first or stand-alone book. It can’t ever be a big reveal, and sometimes we need to know/be reminded of it before the “rule” in a stand-alone allows, because it’s not a big reveal.

Here are a few tips for incorporating backstory in a series:

You don’t want to come out the gate swinging with a great conflict and tension in book 1 and then have it fizzle. This is where planning really is key. If you’re going to write any kind of series with a continuing thread, then that thread itself needs to follow the rules of structure. You need to introduce it and then build it over the course of the books. It needs to come to a head in the final one (hence why it’s important to know when the final one is) but have key pieces introduced along the way.

Each book should be BIGGER in terms of stakes and conflict and surprises.

Those are my tips and tricks for writing a series that will not only keep readers engaged in each individual book, but keep them coming back for more. Whether you’re writing a continuity series or a stand-alone of one type or another, it’s critical to know what will appeal to your audience, and then deliver it in a way that will keep them eagerly waiting for whatever you write next.